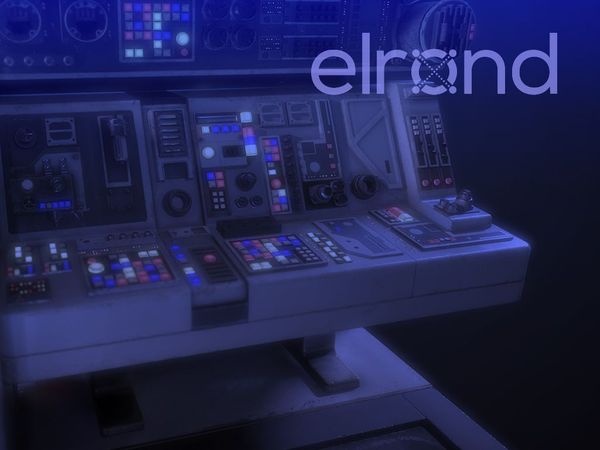 The first time I met Beniamin and Lucian Mincu, brothers and founders of Elrond Network, it was a hot sunny day in Cancun, Mexico during the 3rd annual Ethereum Developers Conference. Held in December 2017, it was the height of the crypto boom and the mood was ecstatic. Projects from around the world descended on the developers' conference to pitch, raise funds and hire talent. Though many of these projects would go bust or fail to deliver, money was flowing fast and loose from newly minted crypto billionaires.

It was in front of the Cosmos booth that we first started chatting about our work and backgrounds. While most of the people I met during the conference were fresh faces in the industry, Beniamin told me how he had already supported and helped launch NEM, whose market cap at the time topped $10 billion dollars. As business and marketing lead, he had already experienced how to grow a decentralized network into a multibillion-dollar powerhouse. When we met though he was primarily investing through his investment fund, Metachain Capital, and developing ICO Market Data.

During the week-long conference we discussed deeply the state of the industry, ICO’s and plans for future potential investment (Cosmos, the project in front of which we met, went on to return 50x to ICO investors). What I didn’t know at the time was that Beniamin and Lucian were in the earliest stages of developing Elrond, a cutting edge distributed network. The network is now live and their token is trading on Binance, with ROI for private sale investors at 7x.  While the token is not indicative of the health of a project, I wanted to cover a few of the important features I like about Elrond.

My leanings towards crypto have always been practical with a healthy dose of skepticism built-in. Before I was a trader, I was buying Bitcoin for payment services, with no long-term views of the future. Now that I am a trader, my positions are much more fluid in and out of the asset, as it provides mediocre to great trading opportunities with its volatility. I’m still skeptical in the long term though, Bitcoin is a nice decentralized toy, however, it’s not built for large scale use by governments, enterprises and other data-intensive uses. Ethereum, which has yet to move to PoS, is also not up to the task. The sheer amount of decentralized finance or DeFi products I’ve seen built over the last year is a positive, but the core network itself is not designed for high usage.

My view is one of the reasons that all of the protocol projects interviewed for the podcast are focused on scalability and throughput first. Harmony, Dispatch Labs, Unification and Elrond share the same vision of onboarding enterprise clients onto their network and growing into evolved payment systems.

The vision of Elrond is to build a decentralized network that is both linearly scalable and requires minimal energy and computational requirements. Think about it like this, any enterprise project wanting to integrate existing PoW blockchains such as Bitcoin and Ethereum into their existing networks will first ask “how much is it going to cost?” For the preceding two networks, it’s an unknown question as transaction costs vary depending on the network load at the time. For any systems admin, this is a nightmare; when capital is deployed, a corresponding increase in data processing is expected. As covered in David Gerard's book, Attack of the 50ft Blockchain, many enterprises and governments have conducted feasibility studies on integrating public networks, but all ultimately decided to abandon these plans and experiment with permissioned networks.

It’s only now that networks such as Elrond are being designed for this purpose. As money and value transfer transitions to DLT networks, scalability and performance will be the key features for large scale clients. Elrond meets these demands with adaptive state sharding and Secure Proof of Stake (SPOS) consensus method.

Bitcoin and Ethereum are slow by design due to their use of global states. All computation and transactions are completed at the global level, meaning that a majority of all miners must find consensus before a transaction is validated. Due to the extremely minimal requirements for miners, significant time can occur from when a transaction is broadcast to the network and then when it is added to the next block. As you can probably guess, global state transactions are slow and not built to scale effectively.

Since the release of both the aforementioned protocols, it's become clear scalability requires transaction data to be split and processed by small sets of distributed computers. These groups, known as shards, provide greater throughput and latency for the overall network. Instead of finding consensus on the global state, each shard must only find it within their narrow scope of transactions.

Elrond implements adaptive state sharding, which reorganizes nodes amongst shards based on the total number of nodes. It’s adaptive in that, as a number of network nodes fluctuate, new shards are either created or reorganized. Instead of a global state, all transaction data and addresses are spread evenly across the network. When a new shard is created, the parent node is split in half to form two new shards with equal amounts of data history. When a shard is absorbed back, the transaction data is reacquired by its sibling node. With this model, data throughput is increased with every additional shard and linear scaling is achieved.

As with any public distributed ledger, malicious actors must be taken into account. In this case, each shard could be influenced in a Sybil attack to conduct a double spend. Elrond’s solution is Secure Proof of Stake, a pBFT implementation using BLS signatures, VDF (Veritable Delay Functions) and random shard grouping. A more in-depth presentation of these topics is covered in the Harmony article. What separates their consensus method from Harmony is that the block proposer and validators are selected randomly every round, from the group of eligible validators.

These are just two of the most important parts of protocol; read the whitepaper for a full explanation.

What I like about Beniamin and his team is how open they are. They’ve developed a great community, a direct result of Ben and Lucian’s prior involvement in other crypto projects. A testament to their dedication and work is evident in their IEO and listing on Binance, a notoriously picky exchange for smaller projects. Personally, I had not expected them to list at Binance from the get-go, but it was my own mistake for not seeing how committed the team was and the strength of their community.

Over the next few months, the test net will launch as the main and the real work begins. Ben and his team will start to onboard clients and projects to the network. When we spoke for the podcast, it was before the IEO and the Elrond team was in the process of creating a set of hackathons and other competitions to introduce developers to the code. Now that the network is about to launch, the real work begins. The question now becomes can the Elrond team deliver on their goals and can they onboard developers and clients to build and use the network. Based on Beniamin’s previous experiences, I think he can lead his team building a robust, widely used decentralized network.