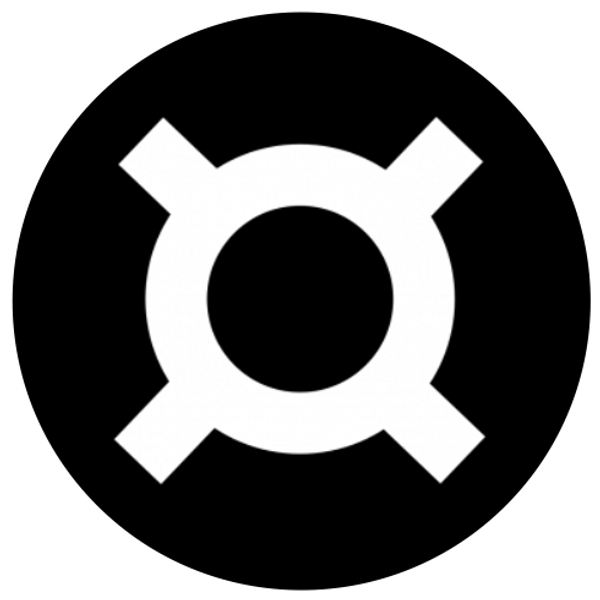 Frax will eat the stablecoin world

In 2020 the biggest systemic threat for crypto lies within plain sight. While Bitcoin is trading at $40,000 (can't believe I'm writing that), almost all of its volume is dependent on Tether, a dollar pegged stablecoin with a contentious history. With more than $28 billion tether in circulation, it ranks as the 3rd largest cryptocurrency behind Bitcoin and Ethereum. Trillions of dollars worth of tether are exchanged every month and its supply shows no signs of stopping.

Tether was first introduced in 2014 as Realcoin. In its short lived history, Realcoin found little use and eventually the company was sold to Ifinex, the parent company of Bitfinex. After the sale, Bitfinex used its position as the top exchange to ramp up Tether sales and drive its success.

Unfortunately for Tether, due to the narratives surrounding crypto at the time concerning money laundering, drug sales, and other grey market activity, the company was unable to find a reliable banking partner who would provide services and allow for investor money to flow freely into the stablecoin. Until 2017, Tether used a network of Taiwanese banks to send money to their US-based Wells Fargo account for withdrawals. In March 2017, Wells Fargo ended the banking relationship.

In the following months Tether started using a payment processor called Crypto Capital as a third party to process customer deposits and withdrawals. Tether was able to use these back channels to route funds into the crypto ecosystem for another year, but in 2018, the New York District Attorney's office filed suit against Tether and arrested the CEO of Crypto Capital.

For years Tether had claimed that its stablecoin was 1:1 backed by dollars in a bank account. The charges brought by the NYDA showed, however, that Crypto Capital had lost access to more than $850 million dollars of funds and that Tether was only partially collateralized. In spite of the charges, tens of billions more Tethers have been minted and are in circulation today. The case against Tether is still ongoing.

I would recommend Amy Castor's in depth timeline of Tether for a deeper investigation into Tether.

When (not if) Tether gets the Liberty Reserve treatment traders, miners, and other market participants will need an effective means to hedge their profits in the form of US dollars. USDC, Paxful and a few others provide semi-regulated means of dollar based holdings, but their market share is dwarfed by that of Tether. A collapse in the latter would dismantle markets and send waves of volatility across every crypto token.

The problem with USDC and others is that while they are audited and fully backed, they can and are routinely frozen if believed to be involved with criminal activity. Circle, the company behind USDC, has frozen millions already at the request of law enforcement and this trend will continue with more sophisticated AML tracking.

A true stablecoin existing and flourishing in the crypto ecosystem must have the same attributes as the networks they run on: trustless, censorship resistant, and unstoppable. If your token can be frozen, you don't own it. Rather, it's a loan, much like what you have in a bank, only in token form. This reversion is only a cheap substitute for the unstoppable money we deserve.

DAI in its current state

DAI shares the same characteristics as Ethereum, its native network. It's unstoppable, censorship resistant, and immutable. However, it suffers from some of the same systemic risks that USDT and Tether have. Since the launch of multi-collateral DAI in 2018, the addition of USDC has weakened its ability to stay outside the control of regulators.

Originally, DAI was minted using only ETH through undercollateralized loans. For ever $10 of DAI minted, $15 of ETH was needed to provide backing to the token. This model preformed well during times of low volatility, but when ETH prices plunged in 2018 and 19, the peg broke and DAI traded upwards of 1.20 at its highest.

DAI in its current for depends too much on USDC as a collateral asset, comprising 30% of its collateral base. At its height, USDC made up more than 50% of the collateral, creating massive systemic risk.

DAI in its current form is not the best unstoppable stablecoin. It cannot keep the peg and it depends too much on regulated assets.

Rise of the algorithmic stablecoin

If 2020 was the year of Defi, 2021 will be the year of algorithmic stablecoins. I've discussed them at length on several of my podcasts last year, covering projects like Ampleforth, DAI, and notably FRAX with Founder Sam Kazemian.

Recently, a plethora of quasi-stablecoin projects emerged claiming to be the singular project able to hold a peg, but in reality the tokenomics lean closer to glorified ponzi games. ESD/DSD/Basis/Share all suffer from wild volatility for their "stablecoin,"  but on closer look this is a feature baked into the core of their tokenomics. It's extremely hard to peg a token to a fixed price without a warchest of collateral to backstop steep declines in the price.

Only one token has proven in its short life that it can and will continue to hold the $1 peg, and that token is FRAX. All of the other quasi-seniorage-stables approach the problem from the wrong perspective. They bootstrap value from nothing, creating millionaires overnight, but at the cost of volatility. Their mechanics are simply Bitcoin, but with variable changes to pricing rebase, lockups and issuance. I doubt they will ever be able to hold the peg without addition of some collateral backing. ESD is already developing V2 which will implement a treasury to help dampen price volatility. It's a fun experiment to gamble on, but their shortcomings are clear.

Frax on the other hand has kept its peg within a cent or two since launch. Even during the recent ETH run up to $1300 that drove gas prices to record highs, Frax sailed smoothly through without major deviance of more than 2 cents from the peg.

What Frax does differently is simple, by starting from fully collateralized and then lowering or raising the collateral ratio, market forces set an equilibrium for adequate collateralization. It's not an overnight process and currently USDC still constitutes 84% of the collateral backing Frax. I expect this ratio to decline as further integrations are announced and major exchanges start to list it. Hopefully by the end of 2021 or 2022, the collateral ratio should decline below 50% signaling its ascension as the only truly algorithmic stablecoin capable of keeping its peg.

Frax provides a great opportunity to invest in its early state. There is only 2.5 million Frax Shares (FXS) in circulation right now and is set to grow to 12-18 million by years end. The FRAX/USDC LP pool offers approximately 60% APY at the time of writing and this can be boosted to 180% APY with by locking for 3 years. The FRAX/FXS LP pool carries higher risk, but offers upwards of 600% APY with a 3 year lock. Depending on your risk and time preference, I think there is 10-25x potential within a year depending on FXS prices.

We are at the dawn of a new stablecoin age and FRAX is at the helm. I suggest you dive into their docs and give some serious thought to how the stablecoin market might look like in 5 years. In my mind, several billion FRAX have been minted and the market cap for FXS is in the billions. A $50 price target for FXS is not out of the question given the growth potential. My own thoughts are that FRAX at some point will eclipse DAI issuance and become the primary algorithmic stablecoin on the market. Truly unstoppable money.

Tether could fail, it may not. Who knows how the secretive company will hide offshore for the next few years. My bet is China and the US catch up and finally shut down this unregulated shadow bank. When it happens, money is going to flow into alternatives that are proven and legal, such as USDC. But the grey market will need a stablecoin with the same properties as its native chain and which doesn't derive most of its value from a bank-held reserve asset.

Don't get left behind. Frax is the future and it will eat the stablecoin world.