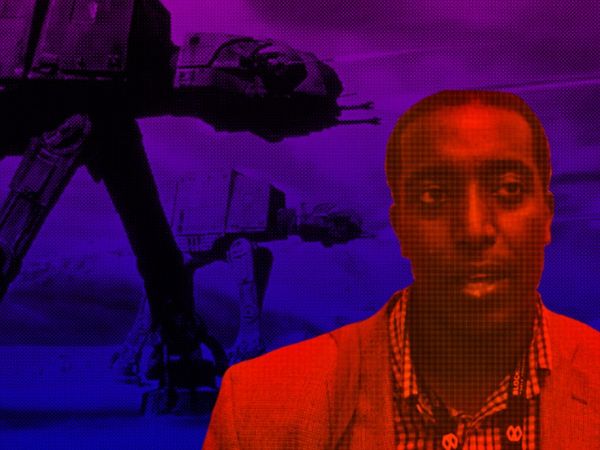 ·       DC – what do you make of it? White people don’t dance here.  There are a lot of political people. As Hunter upstairs says that it levels all salaries because most people are government contractors.

·       It has a different set of social identifiers and a lot of upper-middle-class professionals within a given salary range as government contractors. DC is a company town. New York is our only global diversified city. Pretty much everything revolves around the government. And people don’t value money but rather proximity to power through their position or office that they hold. They don’t need to make a living wage. You must have connections to make that trade-off. People do not have freedom they have to go to an office; they have a set number of hours.

·       For a long time, many people didn’t live in DC. But you can actually buy a house and it’s not going to cost too much.  Purchasing a house in the centre of the town is still possible; still able to do for working-class and have family creation. They are not being pushed out by tech bros and that is really cool. Everyone who has money goes out to the suburbs.

·       How has it changed between now and when you were a kid? DC was considered unsafe, and the murder capital of the US; originally, it was a pretty lawless place. This was before social media and smartphones. What you heard was rumours and exaggeration. The gentrification wave has happened across urban areas in the USA. A policy wonk mayor was partial to big business and that was when big names started coming into DC and redeveloping it.  There has been a lot of development and construction which has changed the city.

·       Do you think the segregation is slowly going away? DC was known as being a chocolate city. It was always majority black; now it is 50% black. There has always been an African American mayor.  With gentrification, long term residents moved out to Maryland or down south. Definitely, a long-time African American residents were slowly priced out. There are still silos of middle-class African American professionals. There is nothing explicit. It is more of cultural thing.

·       I stopped into a church to say a prayer for my mom, and I sat there for the last 20 minutes of the service. I met with the pastor and the deacons. It was really comforting. I was really welcomed. I had made that step. My time here has really changed my perspective of DC.

·       Is black culture here different here than in other US cities where there are large black centres? There are immigrant groups here in DC that you don’t see in other areas. Hen’s family comes from Eritrea near Ethiopia. There is an Ethiopian presence in DC.  The go-go music here is unique to DC.  In popular black culture, it doesn’t stand out the same way as other areas. The park or love night club are huge venues here in the music scene. It is a place that has a lot of history for the black community.

·       What was your story for getting into Crypto? You came along with Ian. I first heard of Crypto in 2013, I was a beta user for Coinbase and I had a thousand XRP for signing up. I dabbled in that due to nerdy interest. The utility then was basically the silk road. When Mt Gox happened, I thought this is the time to get out of it. I did not jump back into 2016.  The first project I advised was Pareto. Eric was pitching us for a crypto fund for LPs. I had really asked what was driving the performance in his fund; he said Ethereum.

·       When I looked into it, I could see so many use cases for Ethereum.  Vitalik backstory was similar to all the big tech companies.  I had bought a few thousand ETH and then watched it return 5x. That’s when I started getting into the altcoins and volatility.  Things were really moving fast. It was time to go out there and meet people.

·       This was when I started Crypto Money Team (CMT).  This Syndicate was a participation group to make it sort of a family. The main claim to fame was deal sharing during the ICO mania.

·       The group and Ian helped foster a great sense of openness and networking. My closest friends in the crypto-space were part of CMT or still are part of CMT. They brought good positive things to the network.

·       CyrptoExplorers is a diverse set of people made the trek out to Zugg for a week to listen to what Zugg does. Those two most tightknit groups have been the best groups I have met in the space.

·       The evolution of the narrative that occurred from the beginning of 2017 to now the end of 2019.  This has been from ETH/Computer 2.0 to tokens, to ICOs, to ICOs are dead and ETH has no use case, to now, we are back again. We have DeFi which will be the defining narrative of ETH going forward.

·       We have good tokens that actually serve a purpose like DAI, Basic Attention Token (BAT), Augur token. These tokens facilitate decentralised finance on the Ethereum network.

·       DeFi has the momentum now and a manifestation of tokens that solve real pain points. This is the disintermediation of finance. The middleman-ing of finance accounts for 40% of our GDP and that is not even a stretch.  This could obviously be very disruptive.

·       You could argue the ICOs show that there is a model to replace venture capital. Technology can tie milestones to funding. Ethereum has a lot of the big innovation in the space; Cryptokitties illustrates this innovation in digital collectable merchandise, for example.

·       There are relational, cultural boundaries you cross over in the space that transcend national boundaries.  I think these principles of self-sovereignty and freedom are universal to people across countries in the space.

·       Within your core group of people, you, Ian, Erik and the other guys, we are all from the DC area. You make up the leading black community in the crypto-sphere. I haven’t seen another group in the space with a comparable number of black people.  You get to meet a lot of people who don’t fit the popular stereotypes you see in the traditional space.

·       This is not a common American story where you have a global network or community investment group which is largely influenced by black people. We are all dynamic individuals.

·       Americans love to talk about race. Coming to immigrants to America, I never saw myself in terms of race. I am a black American. I am an Eritrean American. As a first-generation immigrant, and being a ‘real’ African from Africa, how do you look on the black community that has that slave history? Is it easy to understand them or feel their history? Does it fit into your life as an immigrant?

·       There are so many African cultures; it is a very broad term to put everything under that term.

·       One generation to make the shift into American and its culture. Immigration has provided opportunities and add value to the economy. This is a success story based on the concepts in Open Borders podcast.

·       If we did not have a welfare system, I would be all for Open Borders. We have an assimilation culture that is very American.