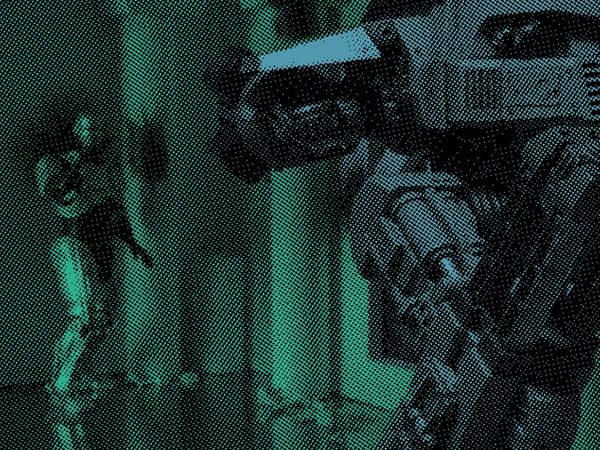 How I Stopped Worrying about MMT and Learned to Love Bitcoin

Over the last few weeks I’ve been taking an in depth look into Modern Monetary Theory (MMT). It’s the new fangled way of looking at monetary policy in a purely fiat system. MMT is a macroeconomic theory that puts forward that sovereign nations with their own currency have much broader abilities to change fiscal and monetary policy, meaning that governments can spend as much as they want so long as interest rates and inflation stay low.

At first, as a libertarian and fiscal conservative, this made no sense to me. Money should be sound and close to what Nash proposed as Ideal Money. This is why I love Bitcoin so much.  It is an independent, non-governmental, algorithmic-ally created currency that transposes borders and gives its holders greater economic freedom than they would have with their own national fiat currencies. Bitcoin, or something like it, is a very, very long way off from becoming the world’s national reserve currency. In the meantime though, we have the dollar and Eurodollar which are the primary mediums of exchange in the world.

If you weren’t aware, America thinks it controls the dollar (well domestically it does, but offshore is another story). The almighty Federal Reserve tracks the economy and raises and/or lowers interest rates to spurn or spur economic growth. This trick, invented by Alan Greenspan, stopped working a few years back when Fed funds rates disconnected from Libor.

Also if you haven’t been following economics for the past 11 years, there was a financial crisis that caused a great amount of worry about the banking system and private credit markets. The Fed, in all of their wisdom began a program called Quantitative Easing or QE, which amounted to them going on the open market and purchasing treasury notes and mortgage-backed securities. After three years the total amount of debt purchased amounted to $2.1 trillion dollars.

The US has been flooding the market with dollars through repurchasing assets. When QE started there was significant consternation that inflation and currency devaluation would rear its ugly head as a result of the Fed’s actions. Now 11 years into the program, the dollar is stronger than ever, interest rates are near zero (still), and consumer inflation has been essentially zero (more on this later). “WHERE IS THE INFLATION?” we ask.

My dollar has more purchasing power now than in 2008. Doubly so here in Russia where just a few years back the Ruble dropped like a hot potato. from the 30’s to mid 60’s today. The rent in Moscow was too damn high when I arrived, now it’s reasonable. Other than having more fancy dinners than before, everything is pretty much the same, the economy apparently suffered for a few years, but it’s on the up and up now… for now.

The country which has run to the hills with MMT is Japan; sporting one quadrillion yen in national debt, or circa US$10.46 trillion and a debt to GDP ratio of 233%. At first glance, this might seem like Zimbabwe in the making, but Japanese interest rates are flirting negative and the country is dealing with deflation. Bonkers, I know, but in reality the Bank of Japan owns around 50% of all Japanese Bonds.  If they really wanted to, the bank or the government could cancel all of that bank-held debt with a couple of policy decisions and the country would continue to operate as before. Obviously, there would be some froth in the markets, but ultimately not much would change.

So in the face of massive monetary intervention what happened? The answer: NOT MUCH. Interest rates are falling and even yielding negative in many developed countries. The IMF even issued some policy thoughts on this the other day contemplating the need to drive even deeper into negative territory. The US economy has never been stronger, the S&P is going to break all time highs soon.

Neoclassical economists can’t explain any of this. Higher national debt should equal higher inflation and higher interest rates according to Keynesian economics as the economy overheats and needs to be constrained. Their lack of logical answers leaves the door open for new arguments and the MMT’ers have been slowly injecting seemingly more valid theories for accepting their beliefs.

I want to pause here and say that unlike any other profession, economists can completely misunderstand the economy, yet hold high positions of authority and power. Being a shitty economist doesn’t usually lead to anyone dying directly as a result. Economics is a slow moving, low risk field in which a select few speak the loudest about how they interpret the way the world works.

MMT economists are gaining momentum, especially with the 2020 election coming up. Dems see MMT as a way to give their constituents handouts? welfare? free stuff! in return for their votes. Pork barreling is as old as America, but MMT has given Dems a license to say pretty much any fiscal spending is on the table.

Suspending disbelief here for a second, the MMT crowd claim that government debt is different than private debt. As the government controls the monopoly rights to national fiat money production, what is stopping them from making more money? It’s typically been thought that money printing leads to hyperinflation, US Papiermarks, not worth the paper it's printed on. But as history has shown above, this probably isn’t the case.

Income taxes I should say are pretty stupid in this respect. It’s my belief that we Americans foster distrust and apathy towards our great nation and its government solely because of income taxes. Free college? WHO IS GOING TO PAY FOR IT?!? Universal Basic Income to bring the poor up to a minimal living standard? WHO THE HELL IS GOING TO PAY FOR IT, NOT ME I HOPE NOT!! Wars and bombs? SIGN ME UP!

Most people that earn enough money to pay taxes don’t like income taxes. It serves no purpose. Poor people that are struggling to make ends meet shouldn’t pay parts of their income to the government that created the money in the first place. Middle Class people should be able to keep their earnings and invest it rather than giving it back to the government. Taxes should be only for the ultra-rich to keep a wealth gap from appearing and prevent wide scale inequality.

MMT proponents argue that because they are right, the following policy issues must be reckoned with:

WE CAN FUND EVERYTHING. Why poor people? Why student debt slaves? Why the retirement gap? MMT makes this a worry of the past. Just fund everything, it’s not going to cause any problems. Shhhhhhh, just accept it.

As a believer in sound money (*Bitcoin), MMT should make no sense. Unlimited debt and money printing should be the road to ruin, but it’s not. MMT is viable, at least it seems like it to me, because fiat currencies need to be flexible. They are designed to be inflationary mechanisms to affect significant change across the population. Poor people? Let’s give them a check. College Debt slaves? Make tuition free and let them save. Wars? Love em. Good things will happen if America can throw shed tons of money towards infrastructure, educating our youth, and dropping bombs on brown people halfway around the world (this last one should probably be rethought).

I’ve been railing on now about how MMT is EVERYTHING IS AWESOME on steroids. There must be a rub though and there is. It is neatly captured in the picture below:

I’m sure you have already experienced these price changes for yourself. Basic electronics are affordable, even my grandmother had an IPad. Consumer products such as clothes cost pretty much the same. Hipsters figured out that if you could make food look good for Instagram, you could raised prices by 50%. College and hospital bills bankrupt, even small trips.

The spillover from all of this QE and monetary expansion is that asset prices exploded over the last 50 years since the end of Bretton Woods and the financialization of every part of our lives. US equities have exploded since 2009. The S&P 500 is up 350% since Bernanke and the Fed decided they would save the world by unleashing QE Infinity War.

America is quickly turning into a partisan have/have not dystopia where overlords own assets loaned out to plebs in a subscription model service. There are only two types of citizens, those who own equities/bonds/real estate/gold and the poor who own debt and will never get escape. Being poor sucks. You’re preyed upon by companies who want to either extract your last dollars or turn you into a debt slave forever.

I’ve never experienced a class revolt, but I can only assume the date is not far off when unemployed workers replaced by robots pick up their pitchforks and go off to riot in the streets. French Yellow vests are leading the charge and US Red White and Blue vests are not so far behind.

While I’ve been rambling for 1500 words about MMT, the moral of my story is that Bitcoin is an asset class. Asset prices rise because of MMT. MMT solves the world’s problems. So Bitcoin is 100% going to 1 million if we allow MMT. End of Story.

My crude argument is mostly, if not completely, right. Bitcoin is the modern day Bancor, the currency designed for a MMT future. Let governments print as much money as they want, there will only ever be 21 million Bitcoins. Money printing isn’t a problem if you hold Bitcoin. Increased inflation, leads to increased Bitcoin prices and greater returns for investors. Fiat hyperinflation is only bad if you are stuck with the worthless paper. Gold hoarders were able to pay for bread and cheese with their nuggets. I expect to pay for Lambos and my own SpaceX vehicle with my Bitcoins in the future.