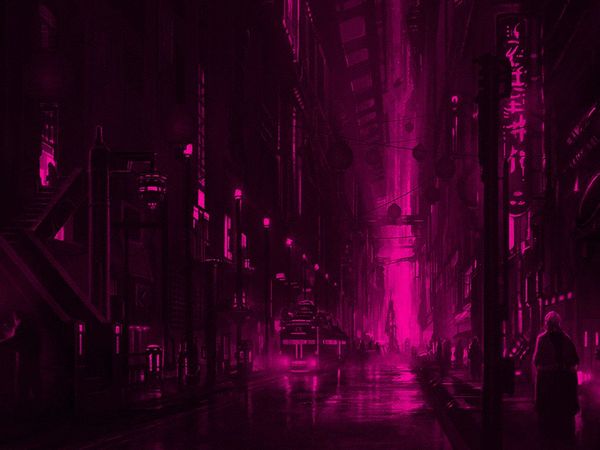 The Future of Bitcoin is Centralized

Bitcoin is touted as a decentralized network where transactions are censorship-resistant and external actors have zero influence over the network. This is true for the operation of the network, as only a group of malicious miners could deny transactions, but this is far from the point I want to make here.

Bitcoin centralization is a natural part of the network’s growth.

First, I want to state that Bitcoin mining and chip production is decentralized enough to thwart a single person from harming the network. This topic has been covered at length by people with a much greater technical understanding than me. At this point in Bitcoin’s growth, I don’t think that any one actor could successfully pull off a 51% attack or one of the myriad of other major attacks that could harm the network.

I see centralization occurring in three areas, exchanges, custodians and investment products. The crux of my thinking is that normal people do not want the responsibility of private key management. Mass market retail cares little for censorship resistance, decentralization or pseudo-anonymity Bitcoin provides.

My aunt signed up for Coinbase to buy Bitcoin at the beginning of the year. I had to walk her through the KYC, funding and withdrawal process over the course of a couple of days. During that period it became clear that she wanted no part in learning about how to set up an external wallet, trading on the exchange or understanding how the technology worked. For her, it was simply an investment, nothing more.

When “adoption” happens it won’t be with the products and services available today. The current offerings are too complicated and lack protections for retail and institutional clients. Exchanges are already transitioning to acquiring all relevant licenses to ensure the investment products offered are legal and secure. A multi-billion-dollar social security fund cannot risk losing their private keys, having them hacked or purchasing securities through an unlicensed broker.

“Exposure without security risks” is the theme covered in this article. The future of mass-market Bitcoin is centralized, but this is necessary for the network to grow.

Since the launch of MtGox, centralized exchanges dominate all trading and sales for Bitcoin and other cryptocurrencies. Billions of dollars flow through major exchanges like Coinbase, Binance and Kraken every single day. The sheer size and growth of the exchange market is one of the most interesting aspects of Bitcoin’s rise.

Binance DEX, which isn’t a dex, but a non-custodial exchange, only sees daily volumes of $6 million daily. Its big brother Binance CEX boasts volumes of 1 billion daily. Other than Bitcoin there are 26 other pairs which trade more than volume than the entire DEX.

IDEX is second top DEX with 24hr volume of $927,063. In a few weeks, the exchange will start to force all users to undergo KYC because they caved to regulatory pressures from the SEC. I would expect volumes to drop off even further once the identification measures go into place.

I personally don’t see any shift ever happening away from CEX’s to DEX’s. Crypto traders value speed over everything. Binance gained popularity specifically due to the speed of its matching engine. The volatile nature of cryptocurrencies ensnares a specific type of high-risk trader (gambler/speculator) to be paired against hungry HFT bots arbitraging against other exchanges.

Increased used of CEX’s puts clients’ Bitcoin at risk. The single greatest point of failure in the Bitcoin (expanded) network are CEXs. More Bitcoin has been stolen this way than any other and the trend will persist into the future so long as CEX’s are dominant and fail to keep 100% of client funds in cold storage. Even top exchanges such as Binance are prone to hacks; in March 7000 Bitcoin was stolen.

The KYC/AML theater enforced by the west is a weapon against both criminal and non-criminal targets. Governments routinely abuse their powers to freeze and detain funds from actors held in poor regard. America leverages its power against sanctioned countries and individuals from Iran, North Korea and Russia. Exchanges are forced to comply with US laws, even though they may bar US clients and businesses. China is also a threat to Asian exchanges, especially those based in Hong Kong in the wake of the pro-democracy protests.

Clients also face risks from ever-growing use of chain analysis technologies. Governments are quickly developing relationships with companies such as ChainAnalysis and others who provide metadata analysis services. Using the KYC/AML theater mentioned above, all major exchanges now employ these services to monitor incoming transactions. If coins are thought to have been acquired through illicit or illegal means, the client’s account is frozen and they must prove their innocence through proof of funds.

Another trend which dominated narratives last year was the launch of a Bitcoin ETF. This regulated product would give retail investors a means to add Bitcoin to their retirement account. The SEC has yet to approve an application, but I’m sure at some point it will.

ETF’s simplify buying, selling and reporting Bitcoin holdings, namely because the investor isn’t actually holding Bitcoin, they are just exposed to the price movements. They don’t have to worry about protecting their private keys, checking transactions or any other security issue. Most importantly, the ETF can be purchased through any brokerage.

Many other types of Bitcoin related investment products are launched or slated to be. CME futures have now traded for more than a year, Bakkt will offer physically delivered same day settled futures in the fall, Grayscale is diversifying their offerings and seeing record inflows.

Bitcoin entrusted into these products are no longer decentralized. Their movements are not censorship-resistant and third parties can freeze and seize funds held by an investment product. As more Bitcoin is committed to these investment products, the ability of the network to function as intended diminishes. Bitcoin will no longer be a currency, but rather a glorified alternative investment product loved by millennials and funds searching for non-correlated assets.

I have no idea if this will ever be the case. Some fund managers are trading it while others are still skeptical.

What’s important about institutional clients buying and trading Bitcoin is that their requirements concerning security, insurance and custodianship are vastly different than retail. They simply cannot buy several Ledgers, lock them up in a safe and store the private keys in a bank. Legally institutions must store their assets with a regulated custodian to ensure the safety of investor funds. Xapo, Bakkt, and Coinbase are but a few of the custody providers available.

If institutions slowly acquire the majority of Bitcoin in circulation, it will be funnelled into these different custodians for safekeeping. While I’m not doubting the security measures implemented by custodians, their storage represents another layer of centralization and potential for seizure. Governmental demands cannot be denied by custodians, they are bound by the laws of their domiciled country.

In the report “Institutional Market Insights - Q2 2019” published by Binance, a surveyed group of institutional funds reported that they held their funds primarily on exchanges, followed by cold wallet storage. Custody providers only started offering institutional services in the last year, so their usage is limited currently. With increased regulatory structures, it's my belief that licensed custodians will gain a majority market share for crypto storage.

All of these factors are an inevitable part of Bitcoin entering the mainstream. Centralization of Bitcoin changes the narrative from a digital currency solely to be used to buy drugs and invest in unregulated ICO Ponzi schemes, to being a regulated investment product accessible to anyone with a stock brokerage account. Switching narratives encourages Number Go Up, which is the primary characteristic all Bitcoin investors care about.

Ask yourself, do you care if your Bitcoin is held on a Ledger or by a regulated custodian? Wouldn’t you rather trade Bitcoin through your stock brokerage than on an unregulated altcoin exchange like Binance? My preferences are the latter, it makes tax reporting easier and I don't have to worry so much about security issues. At the end of the day, portfolio performance is what I care about, and I think this viewpoint is shared by most Bitcoin investors.