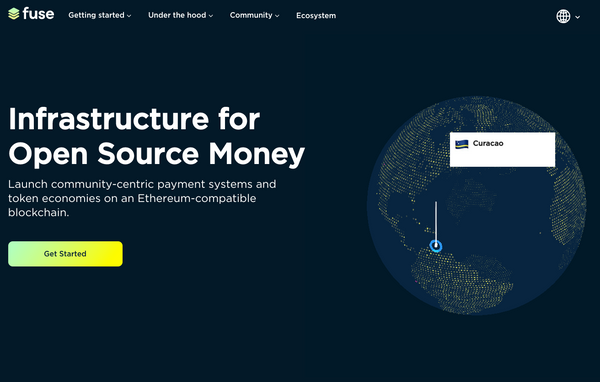 Over the past few months I’ve been trading and building on Fuse network. It’s a 2 year old PoS network that was sitting at a few million dollars in market cap when I found it. After buying a bag and spending time in the community, I’ve decided to stay and release a few defi projects so that the network can grow quicker.

Voltage is the primary AMM for Fuse. It’s a Uniswap V2 clone and has the highest amount of liquidity for trading on the network. This is the best place to purchase FUSE other than the Ethereum based Uniswap contract.

Voltage will be releasing their native token VOLT. There will be an airdrop for FUSE holders and also for anyone who has interacted with the FUSE ecosystem on the snapshot date. I’m pretty bullish on its launch as FUSE tokens won’t be rewarded any more, decreasing sell pressure.

This is a Compound.finance fork for lending assets. Ola is maintained by the Voltage team, who chooses which assets are eligible for borrowing against. As of writing this, Ola’s TVL is $7.2 mln and growing. It’s the only place on Fuse where you can lend your assets and borrow against them.

Ola has a yield program called Rainmaker, where a set number of FUSE tokens are distributed to suppliers and borrowers over a fixed period. The latest program is distributing 100,000 FUSE over a 30 days period in February.

I like Ola and have a nice stack there to do leveraged trading, however, one big issue I have is that the collateral assets are not updated very often. There are new assets being listed on Voltage that are not added to Ola. UST and LUNA are not available, plus BNB as well.

If Ola can add a staked FUSE derivative eventually as a collateral option, using them will be much more palatable. Rewards rates for collateral are low and staking is a better option to earn unless you want to trade with leverage.

When I first discovered FUSE, I thought that it should have a staked receipt token. This would allow you to earn FUSE through staking, while still having a token you can transact and borrow with.

But the admin Jaym has disappeared and is nowhere to be found. This contract needs to be redeployed soon and sFUSE needs to rise again.

NFTs on Fuse. Pretty simple. The UI is bad in comparison to OS. Lots of missing features for discovery. Needs a lot of work and a token.

I own all the FUSE NFTs. Faces, Penus, Cozy Cosmonauts. You name it, I got it. Buy em all.

Soon to be the GOAT of fuse trading. This exchange based on balancer is about to release a token KOIL. Volumes are increasing and there is a lot of exciting things planned.

Koil.finance is the best place to trade stablecoins on FUSE.

I'LL UPDATE THIS PAGE AS MORE PROTOCOLS ARE LAUNCHED.