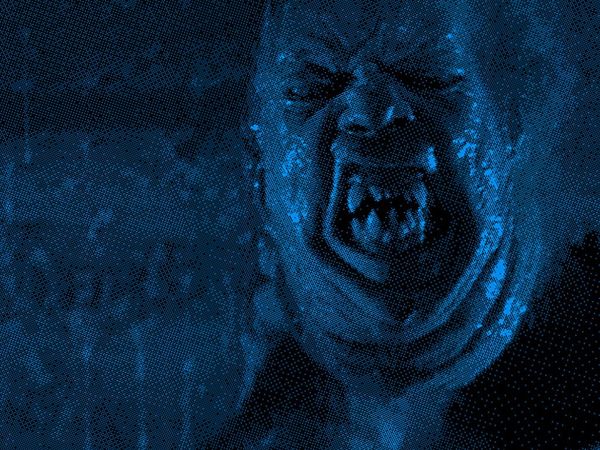 The Token Taxonomy Act is a freshly proposed bill in Congress that would exclude digital assets from U.S. Securities laws and provide guidance on its taxation, use in retirement accounts and limits states rights to legislate their own crypto laws.

The Token Taxonomy Act is the key to opening up blockchain technology in America. Without it, we’re left with more bureaucratic jargon that creates chaos and confusion instead of the certainty that markets need to flourish and thrive.

This is the second time the bill has been introduced and is co-sponsored by Reps. Warren Davidson and Darren Soto, Josh Gottheimer, Tedd Budd, Scott Perry and Tulsi Gabbard. The first iteration of the bill was introduced last December very late into the congressional session and never made it into hearings for debate. All of the co-sponsors, except for Rep. Perry, are members of the House Financial Services Committee.

The bill in its new form includes two changes. First, the definition of a digital token is updated. Second, the bill preempts any states from passing laws defining and regulating digital assets and securities. The second point is highly contentious, as several states, including Wyoming and Colorado, have already passed their own token taxonomies.

Before delving deeper into these two points, let’s address what is written in the bill itself.

This article is going to look into the first two items.

The primary purpose of the bill would be to exclude all digital tokens from the Securities Act of 1933 and the Securities Exchange Act of 1934. This would cause the U.S. government to treat digital tokens as property and not as securities, however, the sale of such tokens could still probably be treated as an investment contract under the Framework provided by the SEC.

The Token Taxonomy Act clarifies when a digital token is a security and when it is not. It largely mirrors the SEC’s approach to date but creates a sharper line in legislative language that should reduce uncertainty. Coin Center welcomes the introduction of this bill. https://t.co/Mks71mF5KK

A digital token is defined in the bill as created for verification or collection of proposed transactions, having an unalterable supply, recorded on a distributed digital ledger or digital data structure in which consensus is a mathematically verifiable process and that after consensus is reach, no group of persons may alter the results. Additionally digital tokens must transferable without an intermediary and not a representation of a financial interest in a company or partnership.

This is a weak definition at most and is problematic. Any changes in the definition of what constitutes a security will throw many companies into uncharted, unlitigated territory. There are no clear examples of definition of what is “a mathematically verifiable process” or a “distributed digital ledger.”

There is also no taxonomy in the Token Taxonomy Act. In Wyoming for example, they clearly defined “Virtual Currency” vs. “Utility” vs. “Security” tokens. There is none of that in this bill. The lack of distinctions between token types only makes it easier for the SEC to label digital tokens as securities and claim regulatory power over them. The definition is overly broad and should be redefined to reflect the different types of taxonomies that have evolved over the past decade.

There are clearly three token types, virtual currencies, utility tokens (maybe) and security tokens. Virtual currencies are magical internet money such as Bitcoin, which allow for the transfer of value electronically. Utility tokens are used for specific purposes within a network, company or event. Security tokens are digital securities. Each token type serves vastly different purposes and it’s unfortunate that this version of the bill failed to capture each’s complexities.

1/ UGH--HOPES DASHED! #tokentaxonomyact proposes 2 great things but the rest of it needs a lot of work. The $600 tax exemption & 1031 (like-for-like) exchange provisions are great. I wish the bill stopped there! The definition of "digital token" got so watered down that there's..

Furthermore, if someone is selling digital tokens, they are not bound to register by the Securities Act of 1933. They can conduct an ICO, sell and issue tokens as if it were property and not a security. If the SEC finds that the digital token is a security, the issuers have 90 days to cease sales and return all proceeds to investors.

The SEC has made it very clear in their latest Framework on ICO’s that pretty much every ICO conducted since Ethereum should be considered a security. The weak definition of a digital token would give them greater ability deem a token is a security and fire off letters giving 90 days to cease and refund. There is little beneficial in this for issuers of digital tokens.

1/ A better approach to securities law reform than the token taxonomy act would focus on a principled, policy-driven theory of why certain digital assets that may pose investment risks should nevertheless not be covered under securities laws.

If anything it would allow a company to conduct an ICO, list the token on exchanges, see it pump and dump, then receive a letter from the SEC, conduct a refund and cease sales all for a slap on the wrist. The last ICO boom would be dwindled by the sheer number of charlatan salesman hocking their new shitcoins. If an ICO is simply a property offering, the rules governing it are vastly different. For one, I believe that it fall to the CFPB for enforcement of regulations and laws, leave a comment below if I’m wrong about this.

Token taxonomy Act is very encouraging. Only modification I suggest is adding a statute of limitations (say one year) for the SEC to issue a notification to the issuer that their token is a security. You don't want this risk hanging on the project indefinitely.

Another huge aspect of the bill is that it preempts states from creating their own laws to regulate and govern cryptocurrencies. Since the 1980’s the federal government has gradually taken away states’ abilities to regulate and legislate against securities using the National Securities Markets Improvement Act (NSMIA). While this created a homogenous securities framework across the entire United States and opened up greater channels for trade, applying the same laws to crypto would prove tenuous.

Currently, any company wanting to engage of cryptocurrency in the United States must apply for individual licenses in every state for operations. Some states are more liberal in their issuance of this license, such as Wyoming, and others, such as New York, only issue a few licenses a year and have high requirements for being granted one. The TTA would remove all barriers to entrance in the entire US market by creating a homogenous regulatory system.

The problem is the primary purpose of the bill is its exclusion of all cryptocurrencies from the Securities Act. Legislation and enforcement of property rights is beholden to the states, not the federal government.

The Token Taxonomy Act should, and will preempt state laws because of the commerce clause in the Constitution because, obviously, digital tokens trade in INTER-STATE commerce. To have varying state laws would be absurd. Nobody trades cryptos JUST in Wyoming.@digitalassetbuy

Wyoming and other states have already enacted good legislation enabling creation of crypto businesses, protecting investors and establishing clear regulations for creation and issuance of a token. If crypto truly is property, then it doesn’t need a federal law stipulating the rights and restrictions of its owners. I believe that some types of digital tokens are and should be considered property, but there are other types which 100% are securities or simply a virtual currency.

Glances at Token Taxonomy Act. Decides it's unlikely to make it out of committee and that he doesn't really care. Says something witty about guppies and curtsies.

Ultimately, while I applaud the efforts of the six representatives to bring forth new legislation for digital assets, the bill that actually passes needs to have stronger taxonomy definitions, a clear legal delineation of how each digital asset type is considered under the law and which regulatory bodies oversee each. The representatives should listen more to their state counterparts in Wyoming, Colorado and New York to understand how state governments have introduced their own legislation and the benefits and disadvantages of each jurisdiction.