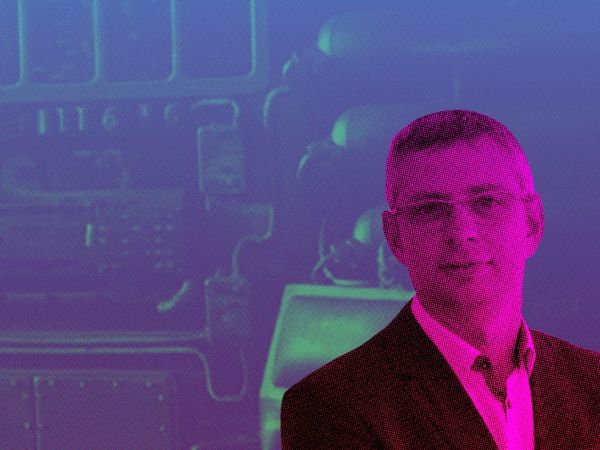 A deep dive into privacy with Alexander Zaidelson, founder of Beam with host Samuel McCulloch in this episode of End of the Chain.

Where to find the show

What to listen for

If you like End of the Chain you can help support the show by doing one of the following:

Bitcoin: USE THIS LINK FOR ADDRESS REUSE

Sam is a big privacy advocate because he used to work as a signals analyst for the NSA.  When I came across Bitcoin and its permissionless nature of transfers, having looked at metadata and how you can link this back to people involved, everything comes back to privacy. Anyone smart enough can put together an identity map of the bitcoin network. I think that is almost a loss since real privacy does not exist in the network.

How do you see the overall privacy structure in Crypto?  It is really interesting that you worked for the NSA and you understand that Bitcoin that any other open ledger platform is a treasure trove for analysts. And a lot of people are building nice businesses around this. For me that Bitcoin is not private is a fundamental bug in the design. This bug hinders the realisation of this dream of using Bitcoin has money, the original goal of Satoshi, to create digital cash that businesses could use online blah blah. Without privacy, it is blatantly NOT possible.  No private person wants to share their financials with anyone, not how much they are making, what they are spending, where and when. Especially not businesses – as this is a huge disadvantage as your competitors can see everything you are buying, employee payroll etc. etc. This absence of privacy is a huge obstacle to Cryptocurrency becoming a replacement for money.

There are different levels of privacy. There is general transaction privacy; wanting to shield transactions, for example, at a company you want to use Cryptocurrency to do your payroll, if you are paying them out from one wallet, everyone can see the salaries of everyone else.  This is a very basic transaction. Of course, businesses want to shield these transactions from others.  With Bitcoin, everything is completely open.  There is the tracking of individual accounts and businesses on centralised exchanges. It absolutely does open up companies to audibility and to tracking by surveillance companies.

Is only transaction privacy needed?  Third-party companies use this data to enhance the idea of who their customer is to sell ads/services or change opinions.  This is very scary. My big question is, how does this circle get broken? Bitcoin doesn’t do that.

How do we get to this level of user privacy? Technology-wise there are several answers: Monero, ZCash, Mimblewimble – this is probably the best and most recent development. The only thing that is important in the cryptocurrency network is that you don’t change the supply function.  Everything is fully opaque, which is what you want for a financial system. I don’t want you to know how much money I have, I don’t need to know what you have, and no one should be able to know how much we have transacted between us.  Beam offers all three: transactional, amount and system level.

I can choose what to share and what not to share.  This is what happens today with the banking system; governments can seize my bank account and see all my transactions.  The emergence of cryptocurrencies was not just a response to a global crisis, but it was also a response to people outside of the USA wanting dollars.  They want to get around the USA’s obtuse regulatory system.  I think it is more about freedom and sovereignty over your own money. Ricard puts it very well in his book.  Once the government freezes your assets, those are gone. It could happen right now, and it has happened during the world wars.  Cryptocurrencies make this taking of assets much more difficult.

A cryptocurrency like BEAM means that no one can take assets easily from people.  Once you have full confidentiality and privacy, you lose full legal recourse by governments to try and track assets or transactions.  Bitcoin’s success is not because it is transparent; it is because governments did not want to forbid it.  Cash is not traceable, so governments want to forbid this or reduce it. I think transparency is more of a bug with Bitcoin – it is a reason for less government pushback.

Has there been any pushback against BEAM by countries?  Only in Japan – and this was because of an exchange hack using Monero. We don’t want exchanges to keep confidential currencies because we won’t be able to help people get their money back. It can be dangerous if someone steals those funds.  I would think there are ways to track Monero. There are some attempts. These are not as good as Bitcoin. BEAM is in a better position in that regard.

There are atomic swaps where you don’t need a third party or an exchange to having these transactions. You cannot forbid BEAM realistically.  I think we still haven’t figured out what the most acceptable level of privacy is in terms of cryptocurrencies. Monero is coming up to 10 years soon. No one has really settled on where the happy medium is.

You need acceptance from governmental structures to grow. There needs to be a compromise.  ZCash is a compromise – 95% of transactions are not shielded in ZCash. They have those two modes: that is why they present to the governments, and there is a way to be not shielded.  Their approach was to create two separate kinds of transactions. We make transactions private by default, and they can choose to make their transactions visible to the government. It is their choice to reveal this or not.  There is a lot of technology around this. You then report this to the government.  Governments are trying to make cash obsolete.  The biggest success they have had is in Sweden.  I don’t think Germans are going to keep their cash and Americans will not give up the Greenbacks.  People at the bottom are most affected by a cashless society. It is about them and people who are distrustful of their system and who value privacy. They don’t want to pay any fees to banks or credit card companies. It makes sense, but I would like to see a mixture. Transactional privacy is for me the most important thing.  This information is dangerous.  They can ask very embarrassing questions.

If all these third party companies are taking your data to put into algorithms, they can track your behaviour online.  Snowden’s book addresses how you can rank them and where they go etc.  The Chinese use the data collection in a more public way; the USA cannot use them in a negative way against a person because the law prohibits it unless they are involved in illicit activities.  I am sure governments have all this data they are collecting about their citizens, but they are bound by law to not use this data from their citizens.  Having this capability it very scary; I left ten years ago, and there were no iPhones then. With the amount of machine learning, companies and government have huge amounts of data collection now. The state of privacy, in general, in the world, is not good, and it is getting worse all the time.

Crypto, when it emerged, seemed to counter this movement; but Bitcoin it turns out does not solve the problem but makes it worse. Here at BEAM, we are here to solve the privacy question for Crypto while keeping all the best things. Our vision is not to do something subversive, or for anarchy, it is more like saying you cannot stop it, so privacy coins are here to stay. We give people a way to report to governments.  We are trying to find a compromise for everyone.

With the ability of BEAM, with these auditable accounts, that is something that is not out there at the minute. You can nominate an auditor and this way you can be transparent to who you want to be.  Maybe that is the best way forward, and a way for regulators to catch up and see the possibilities. We will see how long it takes.  It is about doing the groundwork and building a solid user base for your product.  You have been launched for a year.

What have you learned in that year? Most of all, being open and hardworking pays off.  It is about 50k to 60k people, our community.  This way, we gathered a community that really cares about what we are doing.  The Crypto world is not like things are getting better all the time; we are ready for the bad times.  We learned so much about technology and working with other projects (like GRIN) pays off.  We are talking to Lightcoin. My learning is that it is important to be open to other projects.  I think privacy coins are addressing different shades of grey – these different shade of encryption methods and the complexity of the underlying cryptography means that it takes a certain type of person to work in this area – everyone has the same goal to fight the same war together, to achieve true privacy for everyone.

Are you worried about the general dissatisfaction of governments with encryption, especially in the USA?  Overall it is a movement against businesses and individuals who want to use encryption.  There are several attempts by the US government, but this was deemed to be illegal.  This will not happen in the States; where people do not want to live in a police state.  There are always parts of the government who want to limit privacy and encryption, but it is our job as citizens to monitor that and not to let it happen.  More and more people understand the importance of privacy, and I hope they will vote and fight accordingly.  Things are being taken away, but people are fighting against that. I don’t want to see any erosion of encryption/free speech. Encryption is an extension of people’s free speech, and this right needs to be fought more.

What is BEAM working on for the next few quarters? We are building BEAM as a privacy coin and first-layer protocol. Back in November, we released our atomic swap ability (being able to exchange BEAM for Bitcoin) in a totally decentralised step and our first step toward DeFi. This year our roadmap is to build a fully confidential DeFi ecosystem built on BEAM, and that includes bridges to other blockchains to be able to trade ERC 20 tokens on top of BEAM, eventually, with the ability to build lending and credit applications on BEAM and take privacy to the next level to the transactional privacy we have delivered to distributed privacy features. This is opening up the BEAM ecosystem to more kinds of value, interfaces to other blockchains and eventually DeFi applications on top of BEAM. This is responding to what people want; Ethereum has very interesting applications, but the state of Privacy in Ethereum is even worse than Bitcoin.  You can see everything on Ethereum. It is kind of crazy. How long will it take to roll out? We hope we will have some things out this year according to our roadmap and it is hard to put shipping dates on software development. 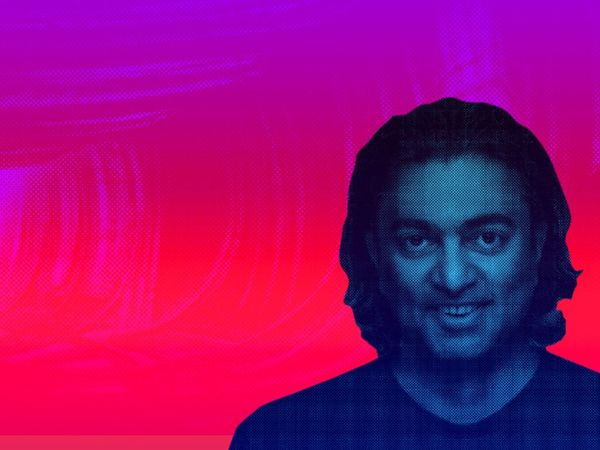 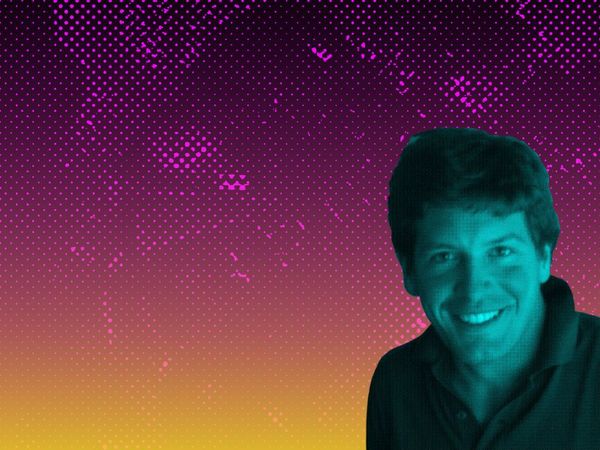 Federico Nitidi - Liquidity in the age of innovation
podcast

Federico Nitidi - Liquidity in the age of innovation

02.Jun.2021
Samuel McCulloch
Subscribe to our podcast on iTunes