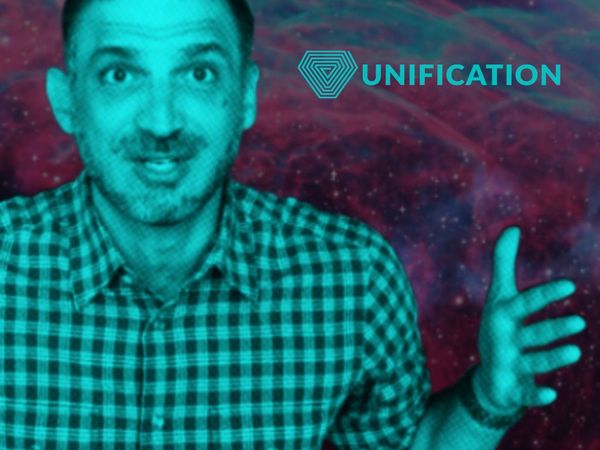 'Your Product is Not Your Token' - An Introduction to Unification

Unification’s approach is based entirely on Neyma’s consultancy background with clients in the real world of systems integration. As Founder Neyma Jahan points out, most public blockchains like Bitcoin and the Ethereum, are in reality beta-version 1.0 for working products.  Like so many projects they are proof of concepts and experiments that have grown to be billion dollar protocols. Unification’s journey started with looking at the technology behind these established networks and their code base as a pure open source starting point.

The fundamental flaw in Layer 1 blockchain protocols is their inability to scale their networks effectively to enterprise levels for transactions and data throughput.  As CryptoKitties proved, even the mighty Ethereum network could not cope with large transactional volume without increasing transaction costs and the time it took to reach consensus.  Real businesses were left with failed transactions and huge increases in transaction costs on the network as a result.

Unification has approached blockchain with one question in mind. Why? Their business development strategy is built from client discovery and conversations as to why they didn’t need a blockchain. As Neyma Jahan says,

“If you are running a real business you need predictability, I know how much it is going to cost me to put that data into the supply chain, and I need to know that the data is going to record and it is going to work.”

Unification solves this n+1 scalability dilemma through WRKChains, which act like sidechains in other private blockchain protocols.  However, WRKChains are a public/private hybrid proof of authority for the deployer and a better-rated consensus mechanism.  They offer all the services of a Mainchain protocol but with the customisation of a private implementation.  WRKChain Validators can process intra-sidechain transactions such as smart contracts and transfer WRKChain coins, but they are not able to control transfers of UND tokens.

Clients can through their WRKChains process their data transactions, take consensus, and timestamp it onto the Mainchain, which records each block using a generated hash to compress and validate data, thus reducing the overall load on the network.   WRKChains pay a network tax in UND tokens, which can be purchased at a fixed cost from the Unification Foundation.  UND tokens are similar to GAS on the Ethereum network; however, they can only be traded by transaction validators on the MainChain. After purchase from the Unification Foundation, UND tokens cannot be traded or exchanged, and are locked until used to pay the transaction tax on the Mainchain. This creates an environment where enterprises can predict usage and how much it is going to cost per transaction.

The Mainchain consists of 96 validators who stake tokens on the network to be selected as elected validators (EVs).  EVs collect a portion of spent tokens for validating blocks sent from WRKChains. The Mainchain operates via Distributed Stake Governance or DSG.  These 96 EVs are rotated in 4 sets of 24 to maintain the network.  To become an EV requires a vote/stake every 72 hours.

It is different from its competition in two ways.  Firstly, they care about creating something useful.  Unification is interested in solving problems in markets where businesses lack the legal or regulatory structures that we take for granted in the first world. Neyma uses the Mexican Standoff analogy whereby everyone in the circle has drawn their weapons on each other. The metaphor illustrates when you need a blockchain:

“The blockchain creates trust in a trustless environment.  We tend toward the edge of the regulatory landscape; blockchain creates a way to transfer value between parties without the need for an intermediary.  Trustless value transfer.”

Secondly, unlike so many protocols in the space, Unification chose NOT to raise tens of millions of dollars but rather raised capital through founders and strategic partners. As Neyma Jahan says,

As a business, Unification is focused on building out and deploying a useful protocol.  They are NOT speculating on the market but running a lean business.  Their ethos is to want people to invest in Unification because they had made a protocol that people actually use.  It is a different mindset.

As for those teams that have raised hundreds of millions of dollars, Neyma also has advice for them:

“You don’t need that money. The problem is that everyone has exit conditions in their minds. And if someone can write a whitepaper that says some things and raise 30 million dollars, they are not going to be able to top that. How are you going to top that? Since most of those raises are considered donations for buying some magic beans from them.

The ones with medium-term thinking will put the fundraise into making the token their product and supporting their token price and then the short-sighted ones will be like thanks, and just slowly disappear.”

In order to be a good actor and to have strong governance, Unification is incorporated in Singapore, which benefits from a more flexible regulatory structure for blockchain companies.   There are two entities in their business: the Unification foundation that runs the Mainchain protocol and a enterprise consulting company.  His dream is to follow in the footsteps of Oracle and sell Unification product through a sales engine that drives business development and adoption.

For Unification, users validate the protocol by generating business development opportunities through organic growth.  Adoption has nothing to do with token or price speculation.