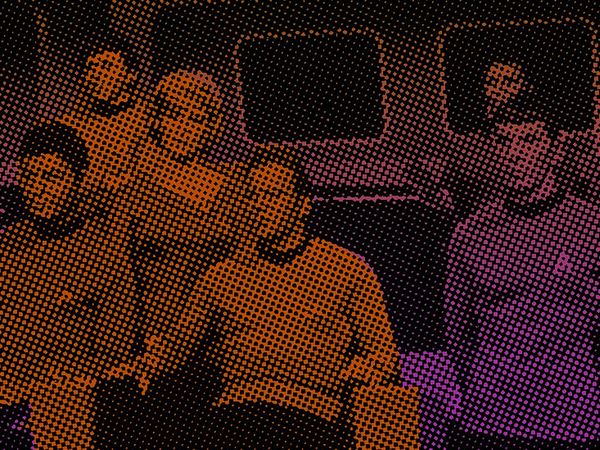 The global American corporation walks a strange tightrope between unfettered profits and adhering to national political standards of identity and moral correctness. As market share in developing countries increased, companies were forced to reconcile their activities with the atrocities of the ruling class. Navigating Scylla & Charybdis for continued international market access and lack of domestic moral response.

No clearer example of this was on display than the recent calamity to befall the NBA. On October 4, 2019 Daryl Morey, General Manager of the Houston Rockets tweeted the following picture in solidarity with Hong Kong. The tweet initially was seen by less than 20,000 people, but a popular Chinese Blogger reposted it and the situation blew up. In quick response broadcaster Tencent dropped all future Rocket games and temporarily suspended broadcasts, reportedly worth $1.5 billion. President of the Chinese Basketball Association Yao Ming, a former Rocket himself, announced the cutting of all ties with the team. As well, sportswear brand Li-Ning and Shanghai Pudong Development Bank suspended their sponsorship agreements with the Rockets.

Protestors in Hong Kong want freedom from China and have staged months-long demonstrations against the ending of the country’s independence in 2050’s. Hong Kong in its present form was established by the British during the first Opium Wars in 1842. In 1997, Margaret Thatcher transferred the region back to China, under the pretense of “One Country, Two Systems.” Freedoms afforded to Hong Kong allowed its economy to flourish and it became the portal for foreign investment into China, much of it being American sourced.

The NBA is a global brand, with superstars Lebron James, Steph Curry and, up until recently, James Harden who are extremely popular and drive hundreds of millions in shoe and apparel sales. The response of the players was muted, their livelihood depends on staying apolitical when their words/actions could affect their bottom line. The same can be said for the team owners, who depend on China for over a billion dollars a year in income.

Free markets may be amoral, but the actors within them are not. Critics of markets such as Marx said capitalism leaves “no other bond between man and man than naked self-interest,” relationships are converted into spreadsheets, profit margins and churn. Unchecked, corporations quickly will push the boundaries of moral, acceptable legal actions in the name of profits, exhibiting their naked self interest to increase shareholder profits. A corporation is in itself a soulless, legal entity. It is nothing but a designation given to a conglomeration of business activity. We can judge a company though on its actions, as they emanate from a CEO or Board of Directors.

Source of profits should receive a higher priority than the profits themselves. What good is a billion dollars if it’s tainted with blood? American companies must pledge singular allegiance to American values and give up their dual allegiances. Shareholder profits must be secondary to upholding the laws of the land and morale views serving as their foundation. American companies should be expected to promote our homegrown values abroad.

Commissioner Silver in the past encouraged his players to speak out on political issues. Notably, the NBA cancelled All-Star weekend in Charlotte, NC due to the states stance on banning transgender bathrooms. Several popular players wore "I can't breathe" shirts during warm-ups to support the Black Lives Matter movement. LeBron James, Dwyane Wade, Carmelo Anthony and Chris Paul spoke out against police shootings in black communities during the ESPY awards in 2016. James also called President Donald Trump "a bum."

None of these protests affected players profits, in fact they probably increased the amount of attention and their popularity for holding progressive views. These safe political arguments project empathy, while retaining popular acceptability and wokeness. The core demographic of the NBA is young, left leaning and cares about these social issues. When players speak out, they connect with the audience in what amounts to free marketing/PR provided by national news publications. The silence in the wake of Morey’s tweet displays the hollowness of that expression, as I’m sure many players would like to speak out, but understand the financial consequences at stake.

In this lens, the NBA is “like a wholly owned subsidiary of the authoritarian regime” as Mike Pence said during a recent speech. With a billion dollars at stake, American values lose their appeal to those companies deceptively holding dual allegiances.

The NBA isn’t the first, nor will it be the last company to buckle to CCP demands, nor is the issue singular to China. In the wake of the Kashoggi murder, businesses prominently cancelled plans to appear at the Saudi’s “Davos in the Desert” event. However after only a year, more than 150 executives attended the next instance of the event falling back into previously close relationships with the dictatorship.

I think the American Corporation is reaching an inflection point where their operations with foreign dictators shall come under ever more scrutiny. China is the largest trading partner of the United States, but it comes with a bad aftertaste. Every dollar that we export in return for cheap goods only strengthens their oppressive regime. Businesses must take a second look at their relations with China, determining if the profits made are worth the reduction in morality. If not American corporations risk losing the values which made our country great and prosperous.